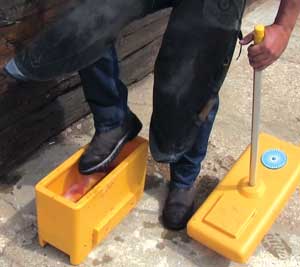 Launched in the UK at the British Farriers and Blacksmiths Association’s (BFBA) annual conference Farrier Focus, the biosecurity initiative is aimed at enabling farriers to effectively manage the risks of disease. In light of the recent equine flu outbreak and the ongoing confirmed cases of strangles biosecurity should be at the forefront of anyone responsible for the care of equines.

Based on current research conducted by the University of Liverpool, this joint venture between Stromsholm, the UK’s leading farrier supply company, and The Horse Trust, provides simple and effective advice applicable to all equine professionals, including farriers, with the aim of protecting horses.

The protocol encourages open conversations regarding disease and potentially unwell or at-risk equines, without fear of being criticised by others, to enable owners and yards to act responsibly and be supported in doing so. Allied professionals, such as farriers, visit yards on a regular, ongoing basis and can therefore play a key role in both communication and helping to manage the risk of disease.

Farrier Nigel Brown AWCF confirmed a case of equine flu in his own yard in June 2019 and welcomed the launch of the new initiative. Described as a “worrying and deeply concerning” period of time in which the affected equine was isolated, thorough disinfection prior to leaving and entering premises was undertaken along with complete multiple changes of clothing, in addition to being in regular contact with the local equine veterinary practise this outbreak was contained. “We contacted all owners of yards that we had visited in the potential incubation period and continued to do so until the pony was swabbed clear. Understandably our clients were alarmed, however following reassurance we were following correct biosecurity measures and had done so quickly and effectively we continued to provide our usual farriery service. As horse owners ourselves we would never want to compromise the health of our client’s horses and, as a farrier, the potential impact on your business if such measures were not adhered to could be disastrous.” 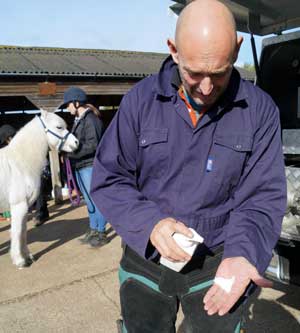 Carl Bettison, Managing Director at Stromsholm Ltd, is “delighted the protocol has been so well received. It is our aim to improve education about the spread of equine disease and the relatively simple steps that can be taken to help reduce the risk of spread. These guidelines are applicable to all those that care for equine and we very much hope that they will be adopted outside the farriery industry. By working together, we can make a really positive impact.”

The Equine Professional Biosecurity video, filmed at The Horse Trust, can be viewed by visiting the Stromsholm website and following the yellow biosecurity page. To receive further information regarding the Equine Biosecurity initiative please contact the Stromsholm team on 01908 233909 or email sales@stromsholm.co.uk.