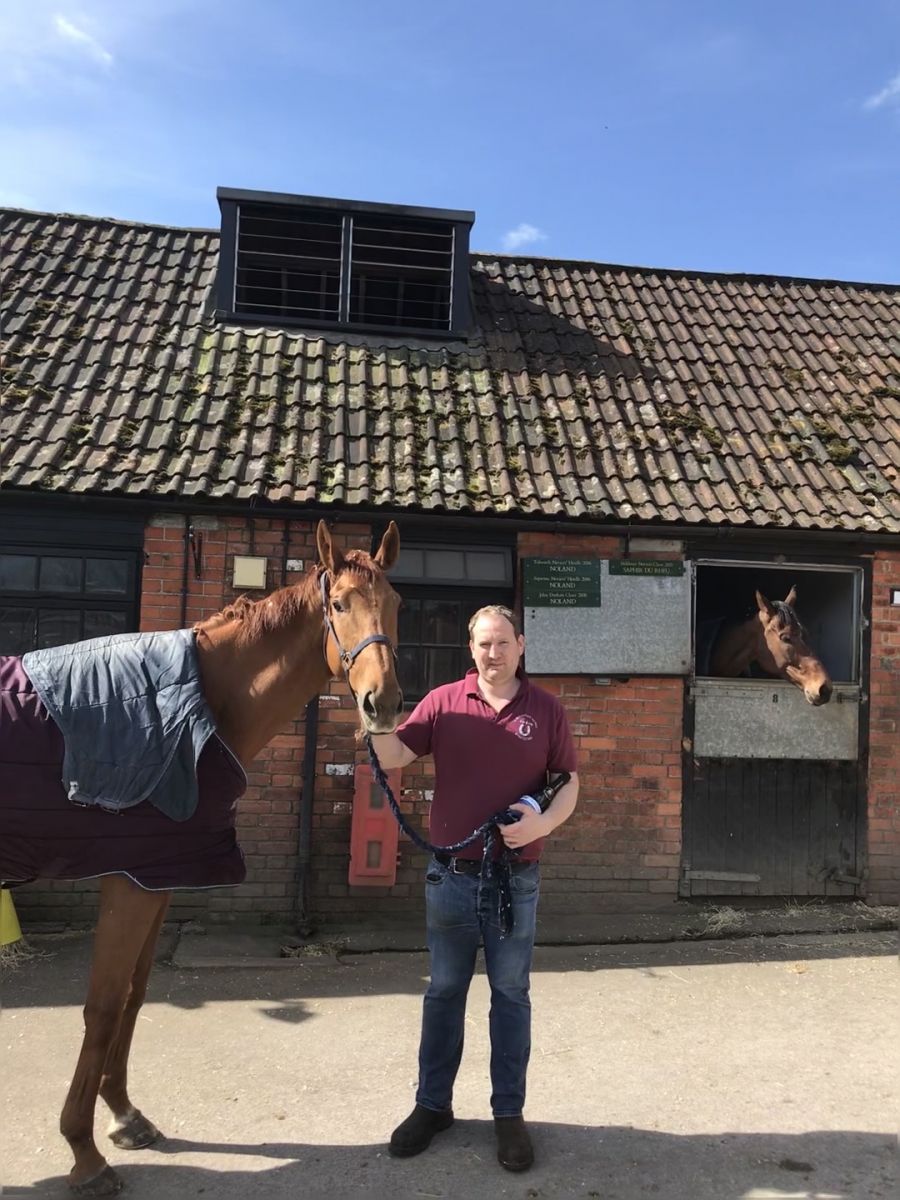 We are delighted to confirm that the winner of the 2018/2019 National Hunt Kerckhaert Kings Plate competition is Tom Bougourd (image right with Topofthegame). Tom is farrier to trainer Paul Nicholls and will receive a £500 Virgin Experience day voucher from Stromsholm!

It was a great season for Paul Nicholls and Tom with several big highlights;

Tom also had great success with Caid Du Berlais who won the Punchestown Champion Hunter Chase for the second year in a row for trainer Rose Loxton in Kings Super Sound plates.

The Championships, so far…

The turf flat season is now well underway and we look forward to welcoming our winners in to the enclosure!

Currently the leaders are as follows –

The Stromsholm Kings Plate Competition follows both National Hunt and Flat racing horses and coincides with the Trainers Championships, with the winning farriers using Kings Plates in the yards accruing the most the prize money.

Kerckhaert in the winners enclosure

Not just for racing!

We were delighted to see Oliver Townend secure a superb win at the Landrover Kentucky Three Day Event which was then followed with an excruciatingly close second at the Mitsubushi Motors Badminton Horse Trials. Oliver’s horses are cared for by Jim Blurton AWCF and the Forden Farriers Team and wear Kerckhaert shoes with Liberty Hybrid nails.

Special congratulations go to Andrew Bowyer, winner of the Worshipful Company of Farrier Best Shod Horse award at Aintree in the Randox Health Grand National. The prize was awarded to Andrew for his work on Tea for Two, owned by Mrs Jane Williams and Mr Len Jakeman, and trained by Jane Williams (image bottom right).

If you have shod a national or international winner, from any discipline, we want to hear about it! 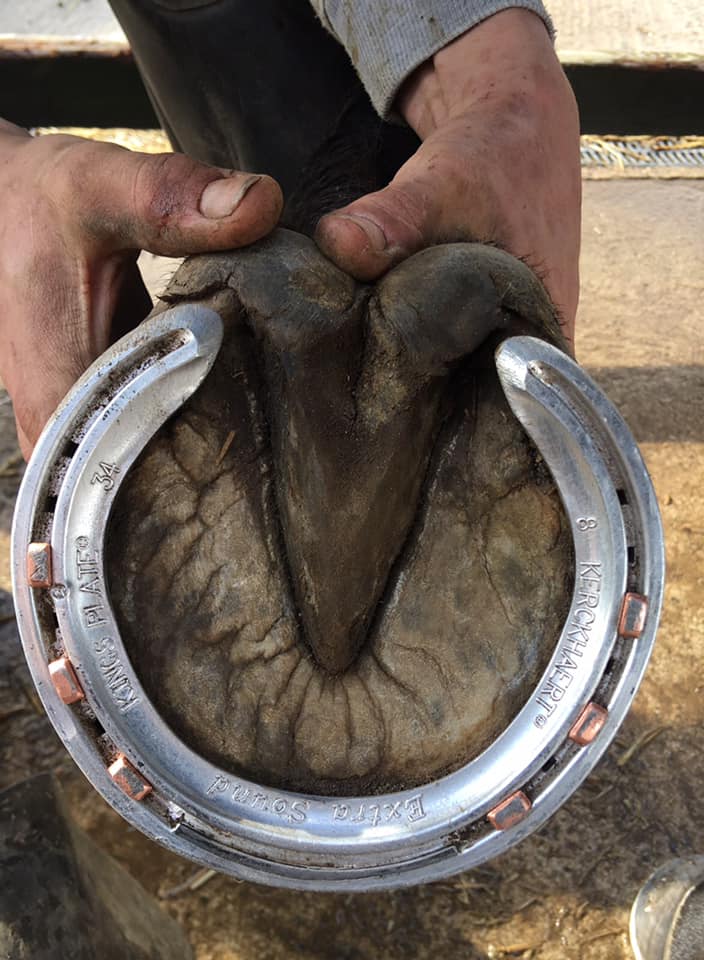