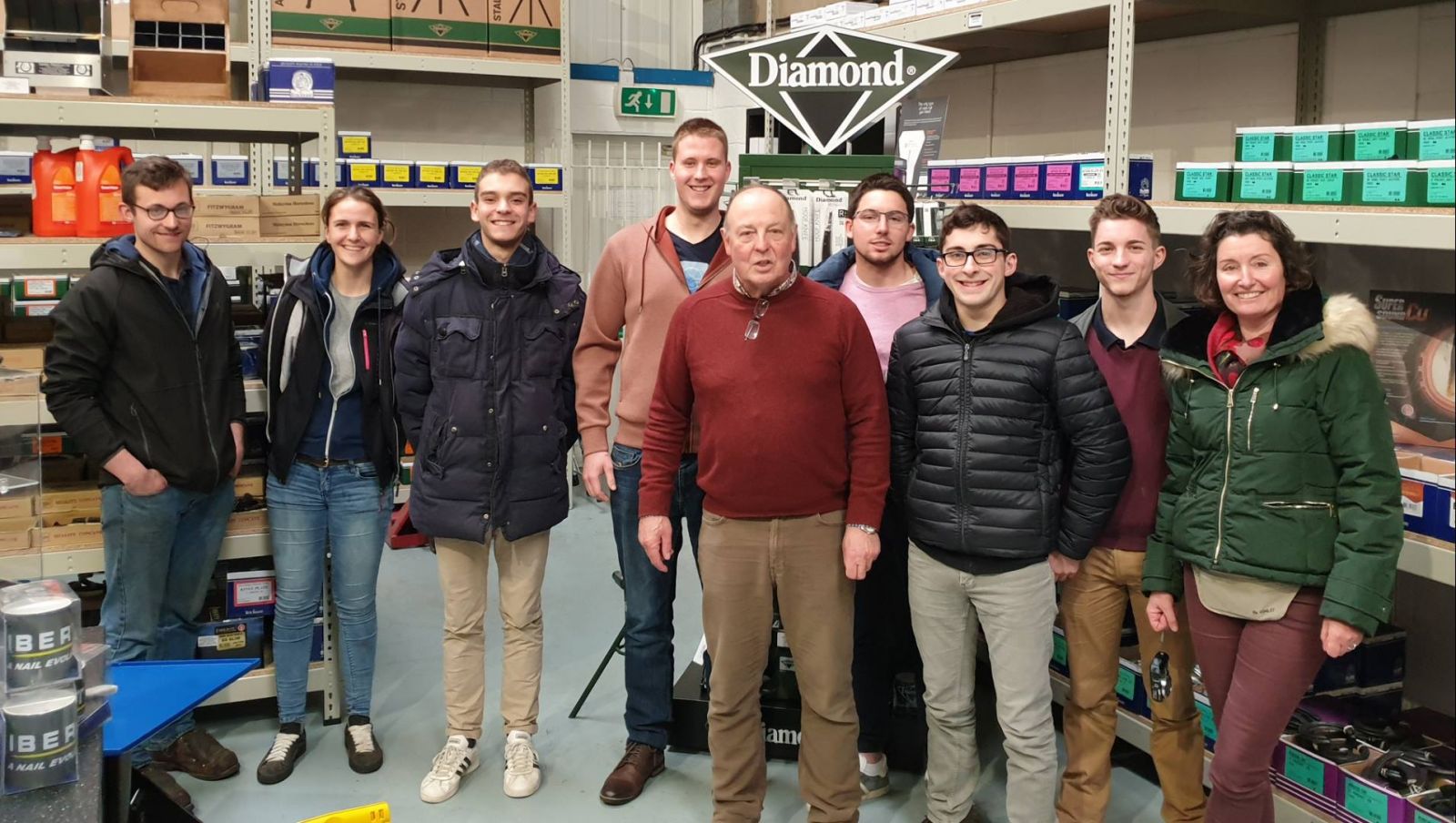 Stromsholm Farrier Supplies welcomed 6 farrier students to the UK for a two-week visit. The students were from the Centre de Formation d Apprentis du Comminges in the South West of France. These students have successfully passed their farriery examinations in France and now embark on a period of two years to gain experience and develop a deeper understanding in order to achieve the next level of examinations.

Warwickshire College treated the students to a tour of their forge on their first full day, showing them their excellent facilities whilst providing an explanation of the UK apprentice system. The staff were incredibly generous with their time. 4th year apprentices were at college busily preparing for the practical section of the Diploma and the French students were able to watch both these apprentices and a new intake of pre-farriers practising their forging.

On to Newmarket and the students were able to watch the Newmarket apprentices having a shoemaking clinic with Mark Watson FWCF. We returned to Newmarket the following day to visit the British Horseracing School where farrier Dave Barrett showed them the horses and the different types of shoes and shoeing styles he used. They were then treated to a period of time on the infamous gallops to watch the horses being put through their paces. Dr Simon Curtis kindly gave a general lecture about farriery and answered the many questions the students fired at him! 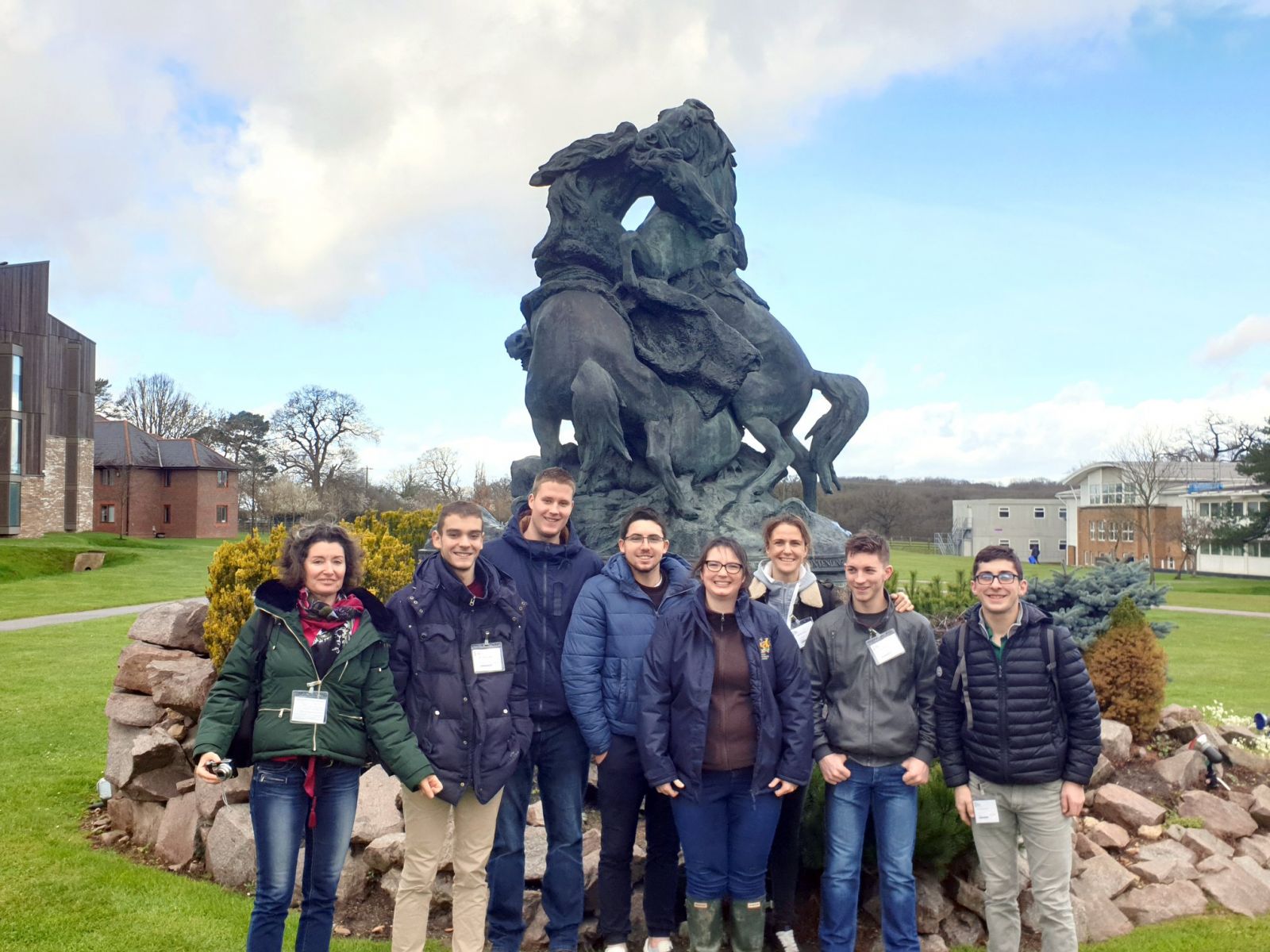 On the Thursday the students joined Dr Amy Bairstow and Peter Day at the Royal Vet College at South Mimms. Amy gave them a tour of the college including the impressive imaging department and the structure and motion lab. Amy and Peter then gave a practical demonstration of the Gait Analysis system which clearly depicts any asymmetry in a horse’s movement.

Friday was spent watching Crendon Farriers shoeing a selection of dressage horses; Dan Harman explained the reason for the choice and style of shoeing he used on these horses.

Over the weekend the students enjoyed some free time, sightseeing in London.

The beginning of the second week began on the Monday morning with Dr Simon Curtis who was filming a demonstration of a quarter crack repair on a thoroughbred racehorse followed by a demonstration of modern materials including Imprint shoes in the afternoon with Carl Bettison. 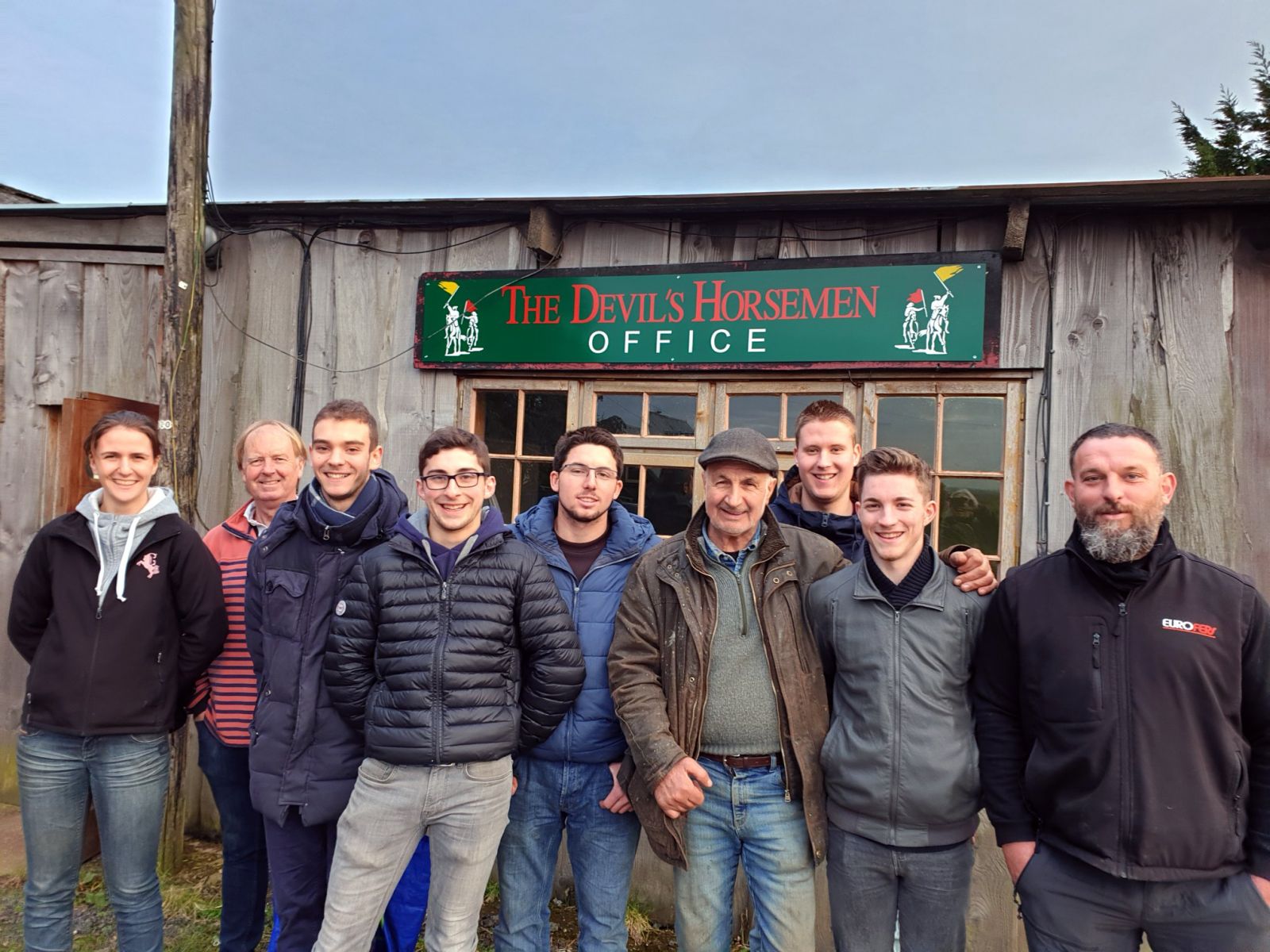 On Tuesday they visited The Devil’s Horsemen; farrier Dan Williamson was busy shoeing the stunt and film horses and stable owner Gerard Naprous provided a tour and viewing of his collection of over 800 horse drawn carriages and a huge collection of saddles and bridles. Gerard also showed the students 3 horse drawn forges with working coal hearths, from around the time of the 1st World War. Gerard is French and so the students gained some relief from speaking English as they were able to speak in French all day!

Wednesday was a practical day with a hands-on ‘Let’s Go Gluing’ day with Jeff Newnham. Jeff explained the different glues on the market and how they all work and all the students then had the opportunity to use the glue on cadaver legs.

Sergio Muelle’s forge on Thursday was the venue for a knife making demonstration. Sergio made a small knife out of a used hoof rasp and also showed his method of making Damascus steel. Following a ‘French’ lunch of bread and cheese, red or white wine and Spanish omelette, the students had a go at forging their own knives with three students getting to take home a forged blank knife ready for the grinding process. 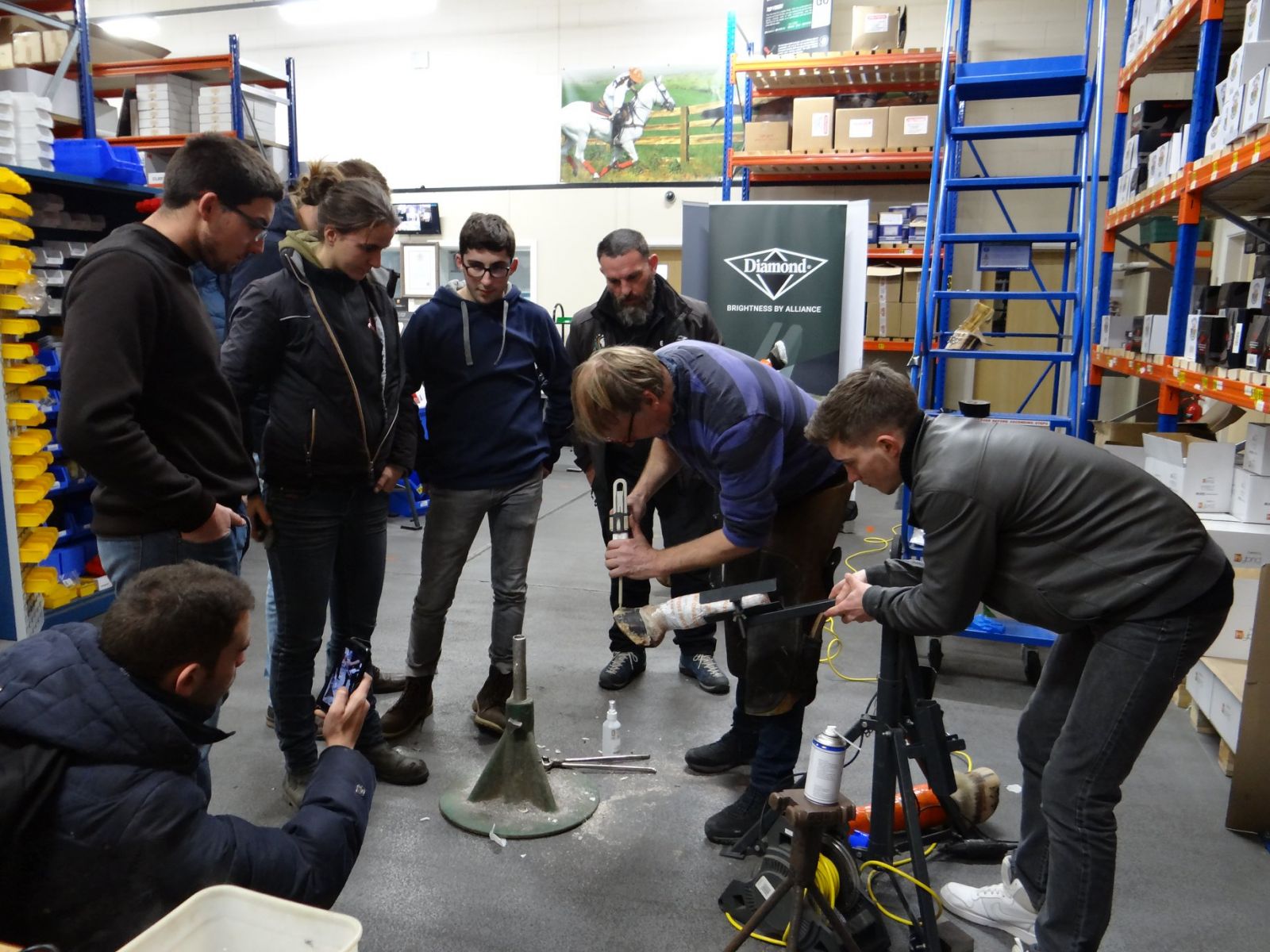 The two-week visit was complete with a trip to Lambourn to meet some of the Cheltenham Festival winners!

A huge thank you from both the French Students and Stromsholm to everybody who gave their time for these young farriers, to experience so many different aspects of the life of farriers in the UK. It will certainly be wonderful experience to remember!