We were delighted to see Chapel Forge Farriers’ Manager Mick Towell present Nicky Henderson with a framed collection of plates from his winning Grade 1 winners at Aintree. This was part of an evening to celebrate the jump racing champion’s 40 years in racing with a ‘This is Your Life’ tribute from family and friends at Newbury Racecourse. Our warmest congratulations to all of the team!

The flat turf season continues to impress with multiple Kings Plate success. Many congratulations and celebratory bubbles to - 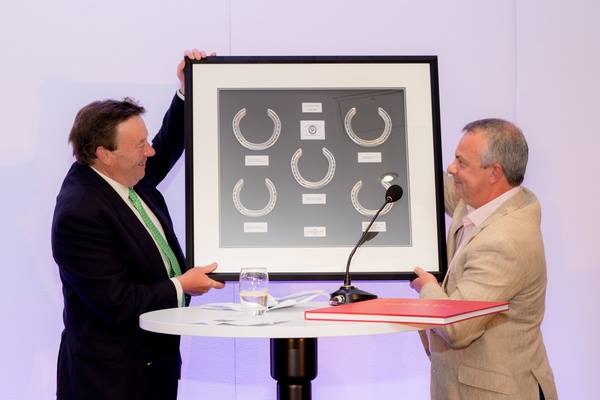 Do you use Kerckhaert shoes?

The Stromsholm Kings Plate Competition follows both National Hunt and Flat racing horses and coincides with the Trainers Championships, with the winning farriers using Kings Plates in the yards accruing the most the prize money.

A superb prize will be waiting for the winning the farrier(s) responsible for both the flat and national hunt yards operating under the winning trainer.

BUT, have we missed you? If you use Kerckhaert shoes we want to know if you have enjoyed a particular success? Do please keep in touch. Call the office on 01908 233909 and speak to Dan Collins.