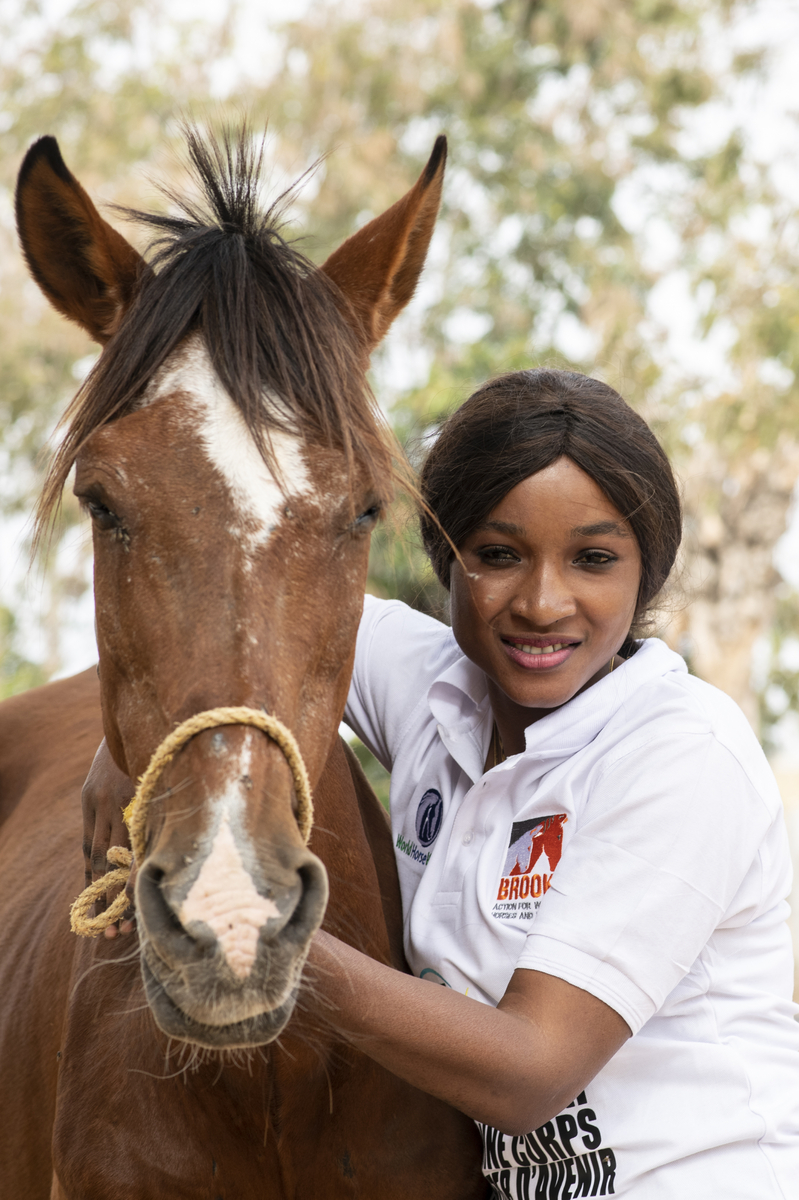 In what’s thought to be a first outside of Europe, Senegal will offer an accredited certification in farriery from early 2020, thanks to work by Brooke West Africa.

The certification marks a significant milestone in professionalising an industry that has previously been largely unknown, unrecognised and unregulated in Senegal, with the goal of ensuring a high standard of care for the country’s one million working equines.

Emmanuel Bouré Sarr, Brooke West Africa Regional Representative, said: “This is a historic moment for farriery in Senegal. A few years ago, farriery was considered as ‘low work’ and thanks to Brooke, it’s now becoming a full profession. I believe this will have a greatly positive effect on the lives of working equines in this country and create jobs for years to come.”

Brooke West Africa has long championed the importance of farriery within communities and has focused on providing training and mentorship. Fatou Toure is a young woman who used to be an artistic metal worker before deciding she wanted to be a farrier. She reached out to Brooke and its partner ASPAE (Senegalese Association for the Protection of Animals and the Environment), who trained her and provided her with the tools of the trade. Fatou now helps mentor a new generation of farriers and has supported the charity in its work to create this newly announced certification.

Fatou said: “The training has been very useful to me. At first, I didn’t even dare touch a horse, let alone lift its leg. But now, no matter the horse brought to me, I can handle it and work until the end no problem. What really gives me contentment are the horses from my neighbourhood that are brought to my house for trimmings and the owners go back satisfied. It will open the doors of the stud farms to me if they call on me and I’m going to work willingly.”

David Buckton, Immediate Past Master for the Worshipful Company of Farriers, recently attended a presentation of Brooke’s Global Farriery Project. He said: “Having the ministry of training recognise farriery in Senegal must be much like it was in 1356 when the first Fellowship of farriers was established in London, starting a long legacy of craft farriery within the UK. Congratulations to Brooke and particularly the Brooke West Africa team on this exciting news.

I was very impressed to see the plans for Brooke’s Global Farriery Project, which will not only improve the welfare of working horses and donkeys but also inspire prospective farriers and be of great benefit to families who rely on these animals for a living. This is a significant milestone and may it be the first of further successes within global farriery.”

Brooke’s Global Farriery Project, aims to raise the profile of farriery in low and middle income countries where a lack of training and tools are causing horses to suffer problems such as lameness, arthritis and increased vulnerability to infections and disease.

This new global approach will see Brooke providing expert mentorship and training for community-based farriers, who will themselves become skilled trainers and equine welfare advocates. It’s hoped that more countries will follow the lead of Senegal and provide communities with official routes to gaining qualifications within the trade.